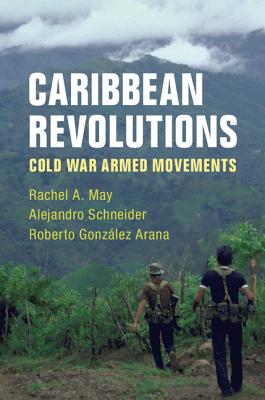 By Rachel A. May, Alejandro Schneider, Roberto González Arana


Not On Our Shelves—Ships in 1-5 Days
This book provides both a historical introduction and a comparative analysis of the five most important guerrilla movements in the Caribbean Basin between 1959 and the 1990s, including Guatemala, El Salvador, Nicaragua, Colombia, and Puerto Rico. The authors argue that the Cold War shaped and fueled the structure, tactics, and ideologies of the diverse movements taking place for the revolutionary cause, and address the particular impact that the Cuban Revolution had on the region. The first chapter of Caribbean Revolutions provides an introduction to the Cuban Revolution, the Cold War, and Marxist thought. Succeeding chapters analyze each case study individually and also provide discussions on the current political situation for all of the organizations covered in the book that remain active. With lists of suggested reading and extra resources in each chapter, this is written as an accessible course book for students of Latin American history and politics.