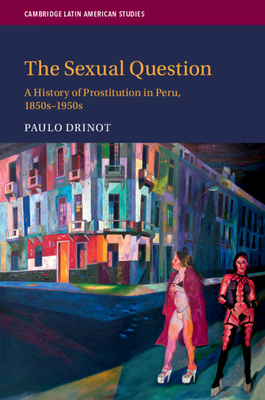 
Not On Our Shelves—Ships in 1-5 Days
The creation of Lima's red light district in 1928 marked the culminating achievement of the promoters of regulation who sought to control the spread of venereal disease by medically policing female prostitutes. Its closure in 1956 was arguably the high point of abolitionism, a transnational movement originating in the 1860s that advocated that regulation was not only ineffective from a public health perspective, but also morally wrong. The Sexual Question charts this cyclic process of regulation and abolition in Peru, uncovering the ideas, policies, and actors shaping the debates on prostitution in Lima and beyond. The history of prostitution, Paulo Drinot shows, sheds light on the interplay of gender and sexuality, medicine and public health, and nation-building and state formation in Peru. With its compelling historical lens, this landmark study offers readers an engaging narrative, and new perspectives on Latin American studies, social policy, and Peruvian history.