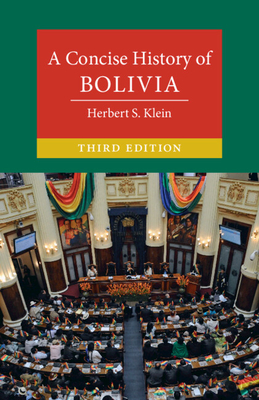 
Not On Our Shelves—Ships in 1-5 Days
Bolivia is an unusually high-altitude country created by imperial conquest and native adaptions - today, it remains one of the most multi-ethnic societies in the world with one of the largest Amerindian populations in the Americas. It has seen the most social and economic mobility of Indian and mestizo populations in any country in Latin America. This work, having also appeared in Spanish, Portuguese, Japanese and Chinese in its earlier editions, has become the standard survey of the history of Bolivia. In this new edition, Klein explores the changes that occurred in the past two decades under the leadership of Evo Morales and his indigenous government, and how his party has emerged in the post-Evo years as one of the most important in Bolivia. The work also expands on the changes in both the traditional mining economy and the rise of a new commercial export agriculture.