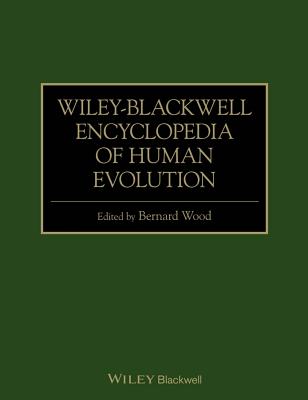 This reprint of Bernard Wood's best-selling 2-volume encyclopedia is now available as a single-volume paperback. It is ideal for grad students and individual researchers wanting to purchase their own desk copy of this comprehensive work.

This comprehensive A to Z encyclopedia provides extensive coverage of important scientific terms related to improving our understanding of how we evolved. Specifically, the 5,000 entries cover evidence and methods used to investigate the relationships among the living great apes, evidence about what makes the behavior of modern humans distinctive, and evidence about the evolutionary history of that distinctiveness, as well as information about modern methods used to trace the recent evolutionary history of modern human populations. This text provides a resource for everyone studying the emergence of Homo sapiens.

Visit the companion site www.woodhumanevolution.com to browse additional references and updates from this comprehensive encyclopedia.

Bernard Wood is the University Professor of Human Origins in the Department of Anthropology at George Washington University, and Adjunct Senior Scientist at the National Museum of Natural History, the Smithsonian Institution. He is a medically-qualified paleoanthropologist who moved into full-time academic life in 1972. He holds the degrees of B.Sc., M.D., Ph.D., and D.Sc. from The University of London. In 1982 he was appointed to the S.A. Courtauld Chair of Anatomy in The University of London, and in 1985 he moved to the Derby Chair of Anatomy and to the Chairmanship of the Department of Human Anatomy and Cell Biology at the University of Liverpool. He was appointed the Dean of The University of Liverpool Medical School in 1995 and served as Dean until his move to Washington in the fall of 1997.When he was still a medical student he joined Richard Leakey's first expedition to what was then Lake Rudolf in 1968 and he has remained associated with that research group, and pursued research in paleoanthropology, ever since. His research centers on increasing our understanding of human evolutionary history by developing and improving the ways we analyze the hominid fossil record. He is the author of numerous publications and Director of the Center for the Advanced Study of Hominid Paleobiology at GWU.