The Good Place and Philosophy: Everything Is Forking Fine! (Blackwell Philosophy and Pop Culture) (Paperback) 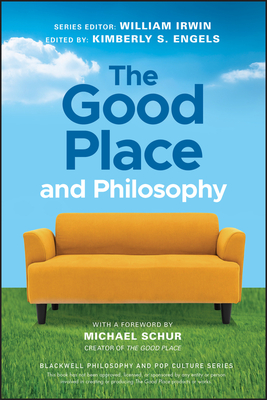 The Good Place and Philosophy: Everything Is Forking Fine! (Blackwell Philosophy and Pop Culture) (Paperback)

Dive into the moral philosophy at the heart of all four seasons of NBC's The Good Place, guided by academic experts including the show's philosophical consultants Pamela Hieronymi and Todd May, and featuring a foreword from creator and showrunner Michael Schur

KIMBERLY S. ENGELS is Assistant Professor of Philosophy at Molloy College, Rockville Centre, New York. She is the author of numerous book chapters and peer-reviewed journal articles, and is the co-editor of Westworld and Philosophy.