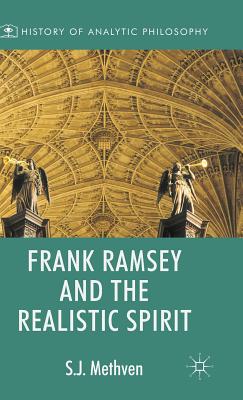 
Not On Our Shelves—Ships in 1-5 Days
This book attempts to explicate and expand upon Frank Ramsey's notion of the realistic spirit. In so doing, it provides a systematic reading of his work, and demonstrates the extent of Ramsey's genius as evinced by both his responses to the Tractatus Logico-Philosophicus, and the impact he had on Wittgenstein's later philosophical insights.
S.J. Methven is Junior Research Fellow and College Lecturer in Philosophy at Worcester College, Oxford. He completed his Ph.D at Cambridge University, before which he received an MPhil and BA from Birkbeck College, University of London.