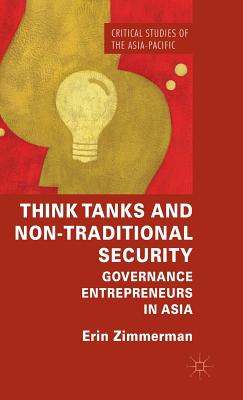 
Not On Our Shelves—Ships in 1-5 Days
Asian security institutions have struggled to adapt to the so-called 'non-traditional' security issues that characterise the strategic landscape of the 21st century. The resulting gaps in governance have increasingly been filled by think tanks, which have arguably begun to change the way that Asian security is governed.
Dr Erin Zimmerman holds the dual roles of Research Associate at the Indo-Pacific Governance Research Centre at the University of Adelaide, Australia, and Honorary Fellow in the Department of Political Science at the University of Wisconsin-Madison, USA.