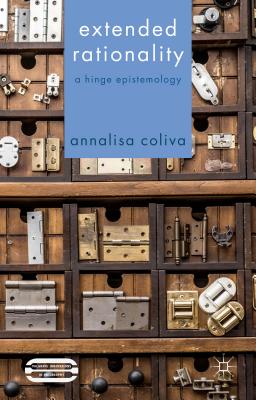 
Not On Our Shelves—Ships in 1-5 Days
Extended Rationality provides a novel account of the structure of epistemic justification. Its central claim builds upon Wittgenstein's idea that epistemic justifications hinge on some basic assumptions and that epistemic rationality extends to these very hinges. It exploits these ideas to address problems such as scepticism and relativism.
Annalisa Coliva is Associate Professor at the University of Modena and Reggio Emilia and Deputy Director of COGITO Research Center in Philosophy, Italy. Fulbright and Alexander von Humboldt Fellow, her publications include several monographs and papers in Italian and English. Among them Moore and Wittgenstein, Scepticism, Certainty and Common Sense, I modi del relativismo, Scetticismo. Dubbio, paradosso, conoscenza. As editor, she has published Mind, Meaning and Knowledge. Themes from the Philosophy of Crispin Wright, The Self and Self-Knowledge. Her forthcoming publications include The Varieties of Self-Knowledge and (with M. Baghramian) Relativism.