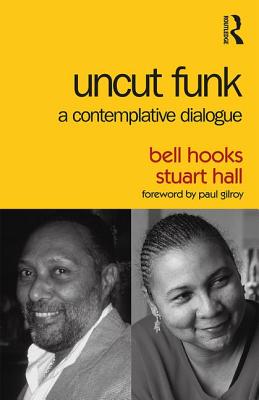 In an awesome meeting of minds, cultural theorists Stuart Hall and bell hooks met for a series of wide-ranging conversations on what Hall sums up as life, love, death, sex. From the trivial to the profound, across boundaries of age, sexualities and genders, hooks and Hall dissect topics and themes of continual contemporary relevance, including feminism, home and homecoming, class, black masculinity, family, politics, relationships, and teaching. In their fluid and honest dialogue they push and pull each other as well as the reader, and the result is a book that speaks to the power of conversation as a place of critical pedagogy.

A cultural critic, an intellectual, and a feminist writer, bell hooks is best known for classic books including Feminist Theory, Bone Black, All About Love, Rock My Soul, Belonging, We Real Cool, Where We Stand, Teaching to Transgress, Teaching Community, Outlaw Culture, and Reel to Real. hooks is Distinguished Professor in Residence in Appalachian Studies at Berea College, and resides in her home state of Kentucky.Stuart Hall (1932-2014) was born in Kingston, Jamaica and came to England in 1951. He was a pioneering cultural theorist, political activist, and founding editor of the New Left Review. He was one of the most influential and adventurous critical thinkers of the last half century, widely recognised as a key figure in the development of cultural studies.