Participant Observer: A Memoir of a Transatlantic Life (Paperback) 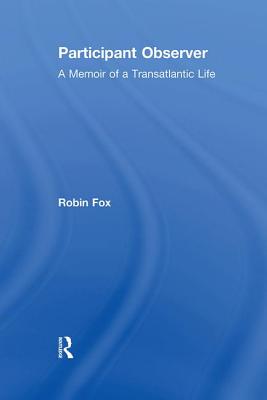 Participant Observer: A Memoir of a Transatlantic Life (Paperback)


Special Order—Subject to Availability
(This book cannot be returned.)
Robin Fox, one of the preeminent anthropologists of our time, takes us on an exuberant personal, intellectual and cultural journey through the 1930s to the 1970s. This is a personal, historical, intellectual journey, one that is at once intriguing, hilarious, and moving. Like Browning's Sordello (who recurs throughout the book), Fox is telling the story of the development of a soul. Fox's method is to depend entirely on memory to select the people, events, and ideas that have driven him towards what was called at the time a revolution in the social sciences. This revolution was the founding of the biosocial, or what came to be called the sociobiological, movement in the study of human behavior. It was a long road peppered with strange events, brain-bending ideas, odd adventures, dangers and sorrows, and a cast of lively, often eccentric characters.Fox describes himself as an observer of a series of endings: the last gasps of now extinct ways of life. He witnessed the last of the old steam and horse-powered northern wool towns of the industrial revolution and the pre-industrial Hardy countryside of southern England. He saw the ancient grammar schools before their destruction by doctrinaire socialism; the old LSE when it was still an international family, not just a big college; the brave but failed experiment that was Talcott Parsons' Social Relations Department. In the United States, he experienced the innocent but troubled America of the 1950s and the last gasp of traditional Indian life in New Mexico. He lived in genteel Jane Austen England in Devon and experienced peasant-crofter life in the Irish islands.Participant Observer is a report from the cultural and social battlefront, seen through the personal lens of a combatant. Fox has given us a kind of Cook's Tour through the ideas and intellectual movements of mid-century, when the world changed and the foundations of the twenty-first century were set. It is the history of an education by a narrator in love with learning.