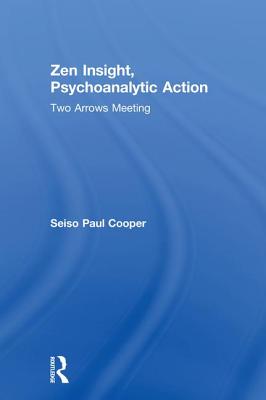 From a realizational perspective that integrates Zen and psychoanalytic concepts, the book addresses anxiety-driven interferences to deepened Zen practice, extends the scope and increases the effectiveness of clinical work for the psychotherapist, and facilitates deepened experiences for both the Buddhist and the secular meditation practitioner. Two Arrows Meeting will be of great interest to researchers in the fields of Zen Buddhism and psychoanalysis. It will also appeal to meditation practitioners and psychoanalysts in practice and training.

Seiso Paul Cooper is an ordained Soto Zen Buddhist priest and transmitted teacher and Director of the Two Rivers Zen Community in Narrowsburg, NY, and the Realizational Practice Studies Group in New York City, which serves as a unique venue for psychotherapists to engage in Zen practice and to study psychotherapy from a Zen perspective. Cooper continues to be an innovative contributor to the integration of Buddhism and psychoanalysis. He is Former Dean of Training at the National Psychological Association for Psychoanalysis (NPAP), New York, and maintains a private practice in Manhattan and Narrowsburg, NY, USA.