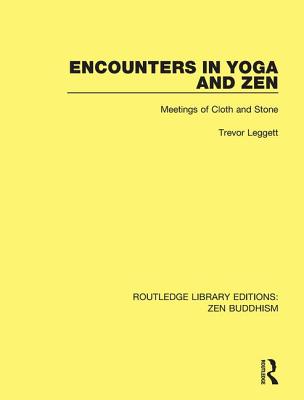 This book, first published in 1982, collects a fascinating selection from the many traditional Japanese and Indian stories used by teachers in the Eastern spiritual schools to assist students in their training. The author, who spent many years training in both yoga and Zen, has collected the stories from a variety of sources: conversations with teachers, reminiscences in temple magazines of teachers of the past, folk tales used to make a training point, and personal experiences of training. The stories often relate to incidents from ordinary life: a monk in a Buddhist temple attacking another and how the abbot reacts; what an Indian judge, a yogin, says to a thief who pleads that what he did was the will of god; a magnificent new altar-cloth is donated, but never used; or an enthusiast for service sweeps the garden in the early morning while others stay in bed. These are incidents round which a student's doubts are likely to crystalize, and knowledge of them forms an important part of the background of a tradition.

The aim of the stories is to find realization and inspiration in daily life. They are ordinary, but the traditional presentation given by Trevor Leggett catches at the heart of an attentive reader and reveals something of the inner lines of the currents of life.

The book includes pictures specially brushed by Jacques Allais in what is called the Suiboku style. His work has been praised by the doyen of Japanese Suiboku painters, Nanpu Katayama. Suiboku is eighty percent suggestion: a Suiboku artist would not show both ends of a bridge, only one. The style gives a hint for the focusing of meditation practice, and thus provides a perfect complement to Trevor Leggett's text.