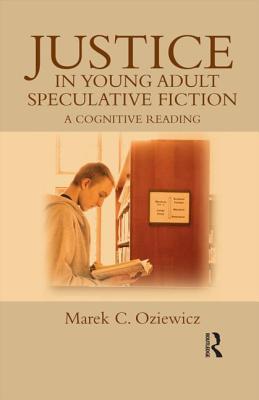 This book is the first to offer a justice-focused cognitive reading of modern YA speculative fiction in its narrative and filmic forms. It links the expansion of YA speculative fiction in the 20th century with the emergence of human and civil rights movements, with the communitarian revolution in conceptualizations of justice, and with spectacular advances in cognitive sciences as applied to the examination of narrative fiction. Oziewicz argues that complex ideas such as justice are processed by the human mind as cognitive scripts; that scripts, when narrated, take the form of multiply indexable stories; and that YA speculative fiction is currently the largest conceptual testing ground in the forging of justice consciousness for the 21st century world.

Drawing on recent research in the cognitive and evolutionary sciences, Oziewicz explains how poetic, retributive, restorative, environmental, social, and global types of justice have been represented in narrative fiction, from 19th century folk and fairy tales through 21st century fantasy, dystopia, and science fiction. Suggesting that the appeal of these and other nonmimetic genres is largely predicated on the dream of justice, Oziewicz theorizes new justice scripts as conceptual tools essential to help humanity survive the qualitative leap toward an environmentally conscious, culturally diversified global world. This book is an important contribution to studies of children's and YA speculative fiction, adding a new perspective to discussions about the educational as well as social potential of nonmimetic genres. It demonstrates that the justice imperative is very much alive in YA speculative fiction, creating new visions of justice relevant to contemporary challenges.

Marek C. Oziewicz is the Marguerite Henry Professor of Children's and Young Adult Literature at The University of Minnesota-Twin Cities. His recent book One Earth, One People (2008) was the recipient of the 2010 Mythopoeic Scholarship Award in Myth and Fantasy Studies.