The NRA: The Unauthorized History (Paperback) 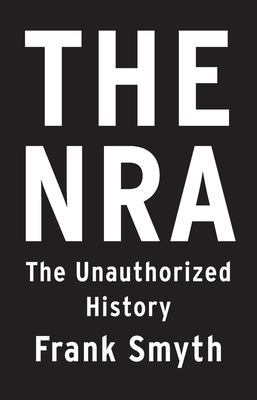 The NRA: The Unauthorized History (Paperback)

For the first time, the definitive account of America’s most powerful, most secretive, and most controversial nonprofit, and how far it has strayed from its origins.

The National Rifle Association is unique in American life. Few other civic organizations are as old or as large. None is as controversial. It is largely due to the NRA that the U.S. gun policy differs so extremely — some would say so tragically — from that of every other developed nation. But, as Frank Smyth shows, the NRA has evolved from an organization concerned above all with marksmanship — and which supported most government efforts around gun control for a hundred years — to one that resists all attempts to restrict guns in any way. At the same time, the organization has also buried its own remarkable history.

Here is that story, from the NRA’s surprising roots in post-Civil War New York City to the defining event that changed its culture forever — the so called “Cincinnati Revolt” of 1977 — to the present day, where President Donald Trump is the most ardent champion in the White House the NRA has ever had. For anyone who has looked at access to guns in our society and asked “Why?”, this is an unmatched account of how we got here, and who got us here.

Frank Smyth is an independent, award-winning investigative journalist specializing in armed conflicts, organized crime and human rights overseas, and on the gun movement and its influence at home. He is a former arms trafficking investigator for Human Rights Watch breaking the role of France in arming Rwanda before its genocide. Smyth is a global authority on journalist security and press freedom testifying to Congress and member states of several multilateral organizations. Frank is founder and CEO of the leading U.S.-based hostile environments training firm.

"Frank Smyth's surprising and eye-opening history reveals how the NRA, which once supported reasonable gun safety laws, became an extreme, no-compromises warrior for the Second Amendment and transformed America. This is a must-read for anyone interested in guns, American politics, or the daily tragedy of gun violence." —Adam Winkler, author of Gunfight: The Battle Over the Right to Bear Arms in America

"This is the book for anyone who has ever wondered why the United States is incapable of even minor regulation of firearms, despite alarming levels of gun violence and consistent, broad public support for it. Frank Smyth has delivered a clearly-written, diligently-researched, and level-headed answer. He documents how the NRA, once primarily a sporting group that advocated sensible gun controls, has buried its past, rewritten history, and transformed itself into an enormously influential right-wing force that has elevated gun fetishism into a political ideology that, for many, borders on religion." —Mark Bowden, journalist and author of Black Hawk Down and Killing Pablo

"Lucid and riveting, Frank Smyth's The NRA tracks the NRA back to the 1870s, when its civic-minded founders promoted rifle practice, shooting matches, and gun safety. Always compelling and full of surprises!" —Nancy Woloch, author of Women and the American Experience and co-author of The American Century: A History of the United States since the 1890s

"'From my cold, dead hands...' exclaimed Charlton Heston, aka Ben-Hur, at the 2000 NRA convention. As he hoisted skyward that old Minute Man-looking rifle replica, one's neck hairs bristled either way: instant revulsion at the exultation over guns that killed tens of thousands of Americans every year; or euphoria at the blatant challenge to those who wanted to do something to prevent those deaths. For me, it was a watershed moment. I was a military professional, a gun owner, and a hunter, but from that moment I would have nothing to do with the NRA. My decision was intuitive. Today, I believe my intuition was correct. To understand why, read Frank Smyth's book, The NRA: The Unauthorized History." —Colonel Lawrence Wilkerson, USA (Ret), former chief of staff to Secretary of State Colin Powell and Visiting Professor of Government and Public Policy at the College of William and Mary

"An important new book... a worthwhile intervention... Smyth documents the NRA’s early years, rich in paradox and incident, with verve... As a seasoned investigative journalist, Smyth... skillfully exposes how NRA funds have been used to prop up ersatz advocacy groups and think tanks... The NRA is a must-read for these sections alone." —Bookforum

"A measured, scrupulously researched political history that shows how the NRA has evolved... Smyth avoids quoting anonymous sources, drawing on well-documented material and staying neutral (and above accusations of bias) on controversies. Authoritative... A fair and balanced portrait of one of America’s most controversial organizations." —Kirkus

"A balanced and accessible history of the National Rifle Association... Smyth chronicles the NRA’s internal debates with painstaking detail... Readers tired of partisanship on both sides of the gun control debate will appreciate this straightforward overview." —Publishers Weekly

"An excellent new book about how the NRA went from [a] sporting and teaching society...to the universal huckster of gun sales and the most powerful resister of gun law." —Here & There with Dave Marash

"Journalist Frank Smyth traces the evolution of the group from a training organization to one of the most powerful, and polarizing, political lobbying groups in America." —Vox