Deep Dark Blue: My Story of Surviving Sexual Assault in the Military (Paperback) 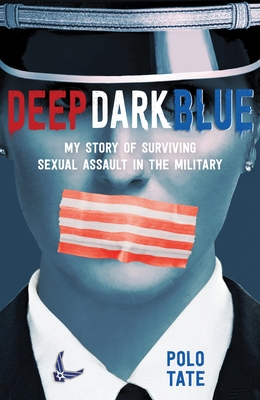 Deep Dark Blue: My Story of Surviving Sexual Assault in the Military (Paperback)

Deep Dark Blue is more than a memoir about sexual assault. It’s about breaking boundaries but also setting them. It's about learning to trust your instincts. It's a story of survival, resilience, and finally, finding your joy.

I want to be in the Air Force someday.

These are the words Polo Tate engraved on her junior dog tags at age eleven. It was an unpopular dream for most young girls, but her hard work paid off and at age eighteen, Polo started basic training at the United States Air Force Academy.

She does everything right, from academics to athletics. But no one prepared her for what came next: physical, sexual, and emotional abuse at the hands of her superiors. Harassment from peers who refused to believe her story.

But this is a story that needs to be told.

Polo Tate is an actor and performer at places such as the Upright Citizens Brigade Theatre, Broadway Comedy Club, Reckless, and the PIT. Deep Dark Blue is her debut memoir. She lives in New York City.

"In the wake of the #MeToo movement, this gripping memoir reveals the pervasive effects of abuse of power and the ability to overcome it."--Booklist magazine, starred review

"Other military memoirs address the issue of sexual assault, but few show as well as Tate’s that rape is not about sex; it is about power. Mature young adult readers will find Deep Dark Blue a gripping memoir of survival, resilience, and growth."--Voices of Youth Advocates (VOYA)