Ripples of Hope: Your Guide to Electing a New President (Hardcover) 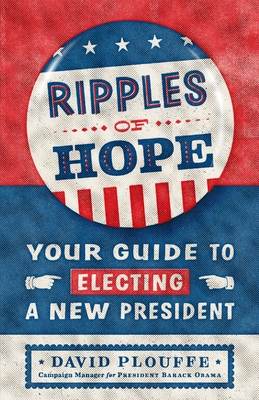 Ripples of Hope: Your Guide to Electing a New President (Hardcover)

Ripples of Hope is a middle-grade nonfiction project about the United States' election process.

You may not have a vote yet, but you do have a voice!

In November 2020, one of the most pivotal elections in United States history will take place. The American people will choose our next president—and you have the power to play a major role in that choice. Now more than ever, young people around the world are standing up and speaking out.

As President Barack Obama’s campaign manager, David Plouffe saw firsthand that nothing is more powerful than young people believing deeply in something. With an expert’s overview of the presidential election process and concrete ways to get involved, Ripples of Hope is a book for this generation—impassioned, creative, and ready to make a difference.

David Plouffe served as the campaign manager for Barack Obama’s primary and general election victories in 2008. He later joined the White House as a senior advisor and led the campaign for President Obama's reelection victory in 2012. He lives in San Francisco, California, with his family.

David is the author of Ripples of Hope.