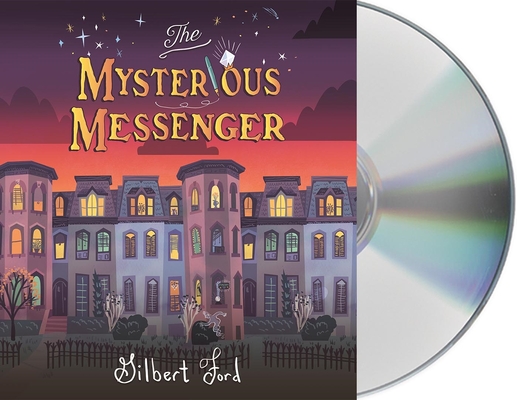 Eleven-year-old Maria de la Cruz is trapped under the thumb of Madame Destine, her pseudo-psychic mother. Destine is a bona fide con artist who will stop at nothing to swindle her customers into believing she can communicate with the dead. But Maria, unlike her mother, has a big secret—she really can communicate with the dead, most frequently with a ghost named Edward who has been her only friend since she was a child.

It’s not long before this clairvoyant young sleuth gets wrapped up in an epic journey that combines bookish mystery with the literary movement of the Beat poets and art and jazz history. Maria may have the power to unlock extraordinary secrets, but can she find the treasure Edward sends her clues about? More importantly, can she find true friendship?

This smart, big-hearted debut novel is perfect for fans of Book Scavenger, Winterhouse, and The Vanderbeekers of 141st Street.

A Macmillan Audio production from Henry Holt and Company

Gilbert Ford holds a BFA in illustration from Pratt Institute and an MFA in writing for children and young adults from Vermont College of Fine Arts. He is the author-illustrator of How the Cookie Crumbled and The Marvelous Thing That Came from a Spring, which is a Best STEM Book of the year, and has illustrated many New York Times-bestselling middle grade jackets, as well as the award-winning picture book Mr. Ferris and His Wheel. He lives and works in Brooklyn, New York.