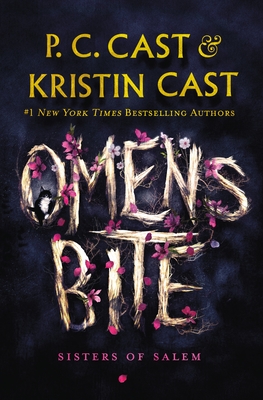 This is book number 2 in the Sisters of Salem series.

Something wicked this way comes...

Twin sisters, Mercy and Hunter are witches, direct descendants of the Goode family, the founders of their town. After the murder of their mother at the hands of a foul demon, they have become the protectors of the Gates to different underworlds--ancient portals between their world and realms where mythology rules and the darkest of creatures exist.

Grief has taken a terrible toll on the twins. Rather than bringing them together, their sadness has torn them apart, driving Mercy to attempt to save the crumbling Gates without her twin and Hunter into the arms of a dangerous goddess. While Mercy looks for aid from Khenti, Guardian of the Egyptian Underworld, Hunter begins to realize the goddess she’s allied with is more monster than deity. She needs her sister’s help, but Mercy is beyond her reach on an adventure that could cost them everything, including their world.

P.C. Cast is the author of the House of Night novels, including Marked, Betrayed, Chosen, and Untamed.

Ms. Cast is a #1 New York Times and USA Today Best-Selling author and a member of the Oklahoma Writers Hall of Fame. With more than 20 million copies in print in over 40 countries, her novels have been awarded the prestigious Oklahoma Book Award, YALSA Quick Pick for Reluctant Readers, Romantic Times Reviewers’ Choice Award, the Prism, Holt Medallion, Daphne du Maurier, Booksellers’ Best, and the Laurel Wreath.

Ms. Cast was born in the Midwest and grew up being shuttled back and forth between Illinois and Oklahoma, which is where she fell in love with Quarter Horses and mythology. After high school she joined the United States Air Force and began public speaking and writing. After her tour in the USAF, she taught high school for 15 years before retiring to write full time. She now lives in Oregon surrounded by beloved cats, dogs, horses, and family.

Kristin Cast is a #1 New York Times and #1 USA Today bestselling author who teams with her mother to write the wildly successful HOUSE OF NIGHT series. She has editorial credits, a thriving t-shirt line, and a passion for all things paranormal. When away from her writing desk, Kristin loves going on adventures with her friends, family, and significant other, playing with her dogs (Grace Kelly and Hobbs the Tiny Dragon), and is obsessed with her baby.