A Force of Nature: Boundary Lines and Untamed: A 2-in-1 Collection (Mass Market) 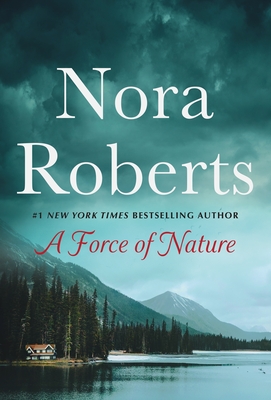 A Force of Nature: Boundary Lines and Untamed: A 2-in-1 Collection (Mass Market)

The Barons and the Murdocks have shared a property line—and an animosity—in Montana country for generations. Jillian Baron has inherited her grandfather’s ranch but wants nothing to do with the longtime grudge between her family and the Murdocks. Then when Aaron Murdock gives her a most un-neighborly welcome, she becomes more than willing to defend the Baron name. Tempers rise between Jillian and Aaron, leading them to discover a shared kindred spirit and a growing love that will either heal both families—or drive them further apart.

Lawyer Keane Prescott goes from courtroom to center ring when he inherits his late father’s family business—a circus. Working with acrobats and clowns hold no appeal for him, but his curiosity about animal acts is piqued after meeting lion tamer Jovilette Wilder. As bold and unpredictable a force of nature as the big cats she trains, Jo is wary that her new boss doesn't share her passion for the job. But to her surprise, Keane is more than willing to join Jo for a walk on the wild side.

NORA ROBERTS is the #1 New York Times bestselling author of more than 230 novels, including Legacy, The Awakening, Hideaway, Under Currents, The Chronicles of The One trilogy, and many more. She is also the author of the bestselling In Death series written under the pen name J.D. Robb. There are more than 500 million copies of her books in print.