Never Together: The Economic History of a Segregated America (Hardcover) 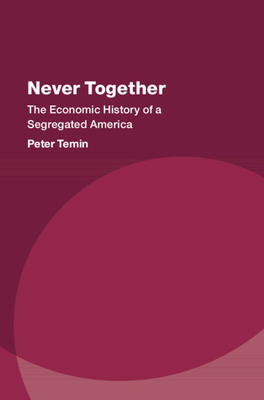 Never Together: The Economic History of a Segregated America (Hardcover)


Not On Our Shelves—Ships in 1-5 Days
In November 2020, The New York Times asked fifteen on its columnists to 'explain what the past four years have cost America.' Not one of the columnists focused on President Trump's racism. This book seeks to redress this imbalance and bring Black Americans' role in our economy to the forefront. While all humans were created equal, economic history in the United States tells a different story. Reconstruction lasted for only a decade, and Jim Crow laws replaced it. The Civil Rights Movement lasted through the 1960s, yet decayed under President Nixon. The United States has been declining in the Social Product Index, where it now is the lowest of the G7 and 26th in the world. For health and happiness, Temin argues that we need lasting integration efforts that allow Black Americans equal opportunity. This book convincingly integrates Black and white activities into an inclusive economic history of America.