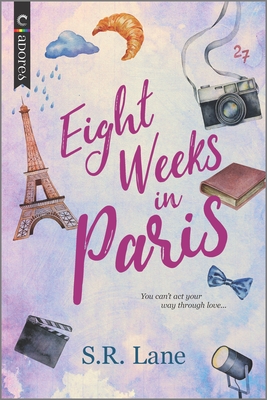 
On Our Shelves Now at:
BREAKING: Lost novel of Bell Epoque Paris, The Throne, comes to the silver screen with an A-list cast. But will on-set drama doom the filming of this gay love story before it starts?

Nicholas Madden is one of the best actors of his generation. His personal life is consistently a shambles, but he'll always have his art--and The Throne is going to be his legacy.

Then his costar walks off the runway and into rehearsal. The role of a lifetime is about to be sunk by a total amateur.

Chris Lavalle is out, gorgeous and totally green. He has thousands of Instagram followers, a string of gorgeous exes and more ad campaigns to his name than one can count. But he's more than just a pretty face, and The Throne is his chance to prove it.

If only Nicholas wasn't a belligerent jerk with a chip on his shoulder and a face carved by the gods.

Eight weeks of filming, eight weeks of 24/7 togetherness bring Nicholas and Chris closer than the producers had dared to dream. Chemistry? So very much not a problem. But as The Throne gets set to wrap and real life comes calling, they'll have to rewrite the ending of another love story: their own.