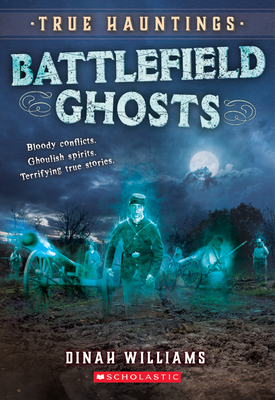 
Not On Our Shelves—Ships in 1-5 Days
Chilling tales of vicious battle... and vengeful spirits.A bloody soldier who disappears into thin air. Flickering orbs floating over a military cemetery.History is filled with brave fighters cut down in the heat of battle. But what if they aren't resting in peace?True Hauntings: Battlefield Ghosts revisits deadly clashes from the past and the ghosts they left behind, from a headless horseman galloping through the night to restless spirits rising from sunken ships, searching for revenge.In this second volume of haunted history, find out how true stories can be some of the most terrifying of all.
Dinah Williams is an editor and children's book author, who is fascinated by odd and unusual stories. Her nonfiction books include Abandoned Amusement Parks; Secrets of Walt Disney World; Haunted Hollywood; and Spooky Cemeteries, which won the 2009 Children's Choice Award. She lives in Cranford, New Jersey, with her husband and daughters, who hate all things scary. Visit her online at dinahwilliams.com.