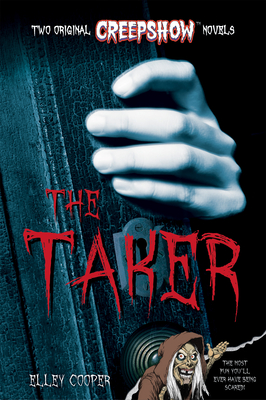 
Special Order—Subject to Availability
Inspired by the breakout TV series Creepshow from executive producer Greg Nicotero (The Walking Dead), this fright-filled volume contains two all-new, chilling tales!When Bea moves to a new town, she is determined to do two things: get on the dance team at school and find new friends. What she doesn't expect is for one of those friends to be a ghost, or for that ghost to be jealous of her dance crew. If Bea wants to keep the peace, she has to do what her new friends want. But at what cost?Casey has always loved animals. Dogs and cats are fine enough-not that his dead-beat dad has ever let him have one. But what he really wants is an African Grey Parrot. When he finally gets his wish, it's almost too good to be true. The parrot, Dorian, sings and talks and learns new tricks so fast. Dorian is incredibly smart-maybe too smart for his, and Casey's, own good...This collection includes two terrifying novels inspired by Creepshow, AMC's anthology TV series based on the 1982 horror comedy classic. Perfect for fans of the show as well as fans of the horror genre in general, it's the most fun you'll ever have being scared!
Elley Cooper writes fiction for young adults and adults. She has always loved horror and is grateful whenever she can spend time in a dark and twisted universe. Elley lives in Tennessee with her family and many spoiled pets and can often be found writing books with Kevin Anderson & Associates.
Praise for the Creepshow TV series:"Creepshow is delivering feverishly fun comic book horror." -- Geeks of Doom"Shudder's anthology is gruesome fun for horror fans." -- TV Guide