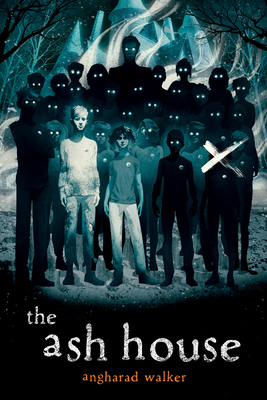 
Not On Our Shelves—Ships in 1-5 Days
An unsettling, gripping middle grade debut about searching for a sense of belonging in the wrong places, and the bravery it takes to defy those who seek to control us. This is Miss Peregrine's Home for Peculiar Children meets Lord of the Flies for fans of Neil Gaiman and Holly Black.

When Eleven-year-old Sol arrives at the Ash House, desperate for a cure for his complex pain syndrome, he finds a community of strange children long abandoned by their mysterious Headmaster.

The children at the Ash House want the new boy to love their home as much as they do. They give him a name like theirs. They show him the dorms and tell him about the wonderful oasis that the Headmaster has created for them. But the new boy already has a name. Doesn't he? At least he did before he walked through those gates...

This was supposed to be a healing refuge for children like him. Something between a school and a summer camp. With kids like him. With pain like his. But no one is allowed to get sick at the Ash House. NO ONE.

And then The Doctor arrives...

Strange things are about to happen at the mysterious Ash House. And the longer Sol spends on the mysterious grounds, the more he begins to forget who he is, the more the other children begin to distrust him, and the worse his pain becomes. But can he hold onto reality long enough to find an escape? And better yet, can he convince the others?

Angharad Walker grew up on various military bases in the UK, Germany and Cyprus, where stories were often being told about far-flung places, past conflicts and friends and family. She studied English Literature & Creative Writing at the University of Warwick, which included a year at the sunny University of California Irvine. Her fiction has been published in Structo and A Million Ways, and her poetry has made it into Agenda broadsheets and Ink Sweat & Tears. She currently lives in London, and when she’s not writing, she works as a communications consultant for charities and not-for-profits.