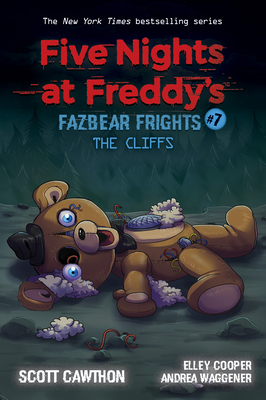 
Not On Our Shelves—Ships in 1-5 Days
Five Nights at Freddy's fans won't want to miss this pulse-pounding collection of three novella-length tales that will keep even the bravest FNAF player up at night...

Some things must be learned the hard way . . . Reed sees an opportunity to teach the school bully not to mess with him, but ends up mangling the lesson. Robert, an exhausted single father, gets a crash course in parenting when he buys a fancy new teddy bear to watch and entertain his young son. Chris, eager to join the Science Club at school, agrees to undergo a grisly experiment to be accepted. But in the malevolent universe of Five Nights at Freddy's, there's always an education in pain.

Readers beware: This collection of terrifying tales is enough to unsettle even the most hardenedFive Nights at Freddy's fans.

Scott Cawthon is the author of the bestselling video game series Five Nights at Freddy's, and while he is a game designer by trade, he is first and foremost a storyteller at heart. He is a graduate of The Art Institute of Houston and lives in Texas with his family.