The Meaning of Life and Death: Ten Classic Thinkers on the Ultimate Question (Paperback) 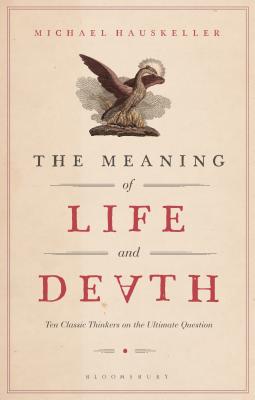 The Meaning of Life and Death: Ten Classic Thinkers on the Ultimate Question (Paperback)

What is the point of living? If we are all going to die anyway, if nothing will remain of whatever we achieve in this life, why should we bother trying to achieve anything in the first place? Can we be mortal and still live a meaningful life? Questions such as these have been asked for a long time, but nobody has found a conclusive answer yet. The connection between death and meaning, however, has taken centre stage in the philosophical and literary work of some of the world's greatest writers: Fyodor Dostoyevsky, Leo Tolstoy, Soren Kierkegaard, Arthur Schopenhauer, Herman Melville, Friedrich Nietzsche, William James, Ludwig Wittgenstein, Marcel Proust, and Albert Camus.

This book explores their ideas, weaving a rich tapestry of concepts, voices and images, helping the reader to understand the concerns at the heart of those writers' work and uncovering common themes and stark contrasts in their understanding of what kind of world we live in and what really matters in life.
Michael Hauskeller is Professor of Philosophy at the University of Liverpool, UK and the author of of Biotechnology and the Integrity of Life (2007), Better Humans? Understanding the Enhancement Project (2013) Sex and the Posthuman Condition (2014), Handbook of Posthumanism (2015) and Mythologies of Transhumanism (2016).