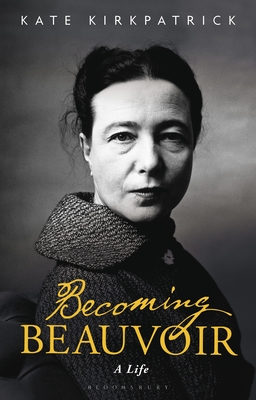 "One is not born a woman, but becomes one", Simone de Beauvoir

A symbol of liberated womanhood, Simone de Beauvoir's unconventional relationships inspired and scandalised her generation. A philosopher, writer, and feminist icon, she won prestigious literary prizes and transformed the way we think about gender with The Second Sex. But despite her successes, she wondered if she had sold herself short. Her liaison with Jean-Paul Sartre has been billed as one of the most legendary love affairs of the twentieth century. But for Beauvoir it came at a cost: for decades she was dismissed as an unoriginal thinker who 'applied' Sartre's ideas. In recent years new material has come to light revealing the ingenuity of Beauvoir's own philosophy and the importance of other lovers in her life. This ground-breaking biography draws on never-before-published diaries and letters to tell the fascinating story of how Simone de Beauvoir became herself.
Kate Kirkpatrick is Lecturer in Religion, Philosophy and Culture at King's College London, UK. She is the author of several books on Jean-Paul Sartre and Simone de Beauvoir.