Freedom After Kant: From German Idealism to Ethics and the Self (Hardcover) 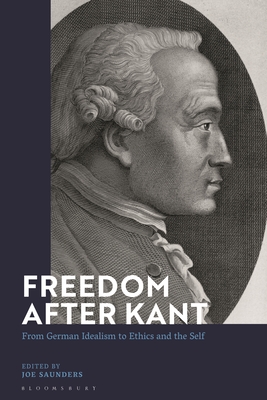 Freedom After Kant: From German Idealism to Ethics and the Self (Hardcover)

Freedom after Kant situates Kant's concept of freedom in relation to leading philosophers of the period to trace a detailed history of philosophical thinking on freedom from the 18th to the 20th century. Beginning with German Idealism, the volume presents Kant's writings on freedom and their reception by contemporaries, successors, followers and critics.

From exchanges of philosophical ideas on freedom between Kant and his contemporaries, Reinhold and Fichte, through to Kant's ideas on rational self-determination in Hegel and Schelling, we see Kant's original arguments transformed through concepts of autonomy, freedom and absolutes. The political aspect of Kant's freedom finds further articulation in chapters on Marx and Mill who developed their own notions of political freedom after Kant. Revealing how Kant's concept of freedom shaped the history of philosophy in the broadest sense, contributors chart the development of an ethics of freedom in the 20th century which brings Kant into conversation with Heidegger, Beauvoir, Sartre, Levinas and Murdoch. This line of thinking on freedom signals a new departure for Kantian studies which brings his ideas into the present day and traverses major schools of thought including Idealism, Marxism, existentialism and moral philosophy.
Joe Saunders is Assistant Professor in Philosophy, Durham University, UK. He is the author of numerous articles on Kant and two co-edited books, Media Ethics, Free Speech, and the Requirements of Democracy (2019) and Wellbeing Economics: The Capabilities Approach to Prosperity (2018).