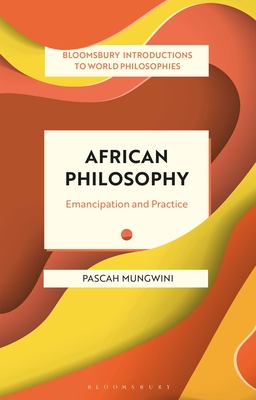 Caught between the history of exclusion and the reality of the world philosophies approach, this is an introduction to African philosophy unlike any other.

With distinctive insight Pascah Mungwini brings together African philosophy and the emancipative mission, introducing African thought as a practice defined by its own history and priority questions while always in dialogue with the world. He charts the controversies and contestations around the contemporary practice of philosophy as an academic enterprise in Africa, examining some of philosophy's most serious mistakes, omissions, and failures. Covering the history of African philosophy's development and trajectory, Mungwini's introduction focuses on the struggle for intellectual liberation. His compelling portrayal reveals that true liberation begins by understanding one's own world, an essential point for anyone beginning to explore another philosophical tradition on its own terms.
Pascah Mungwini is Professor of Philosophy in the Department of Philosophy, Practical and Systematic Theology at the University of South Africa, South Africa.