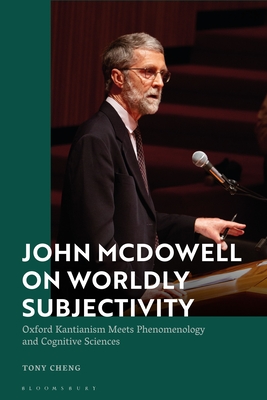 
Not On Our Shelves—Ships in 1-5 Days
John McDowell's philosophical ideas are both influential and comprehensive, encompassing philosophy of mind, philosophy of language, epistemology, ethics, metaphysics and the history of philosophy. This book is a much-needed systematic overview of McDowell's thought that offers a clear and accessible route through the main elements of his philosophy.

Arguing that the world and minded human subject are constitutively interdependent, the book examines and critically engages with McDowell's views on naturalism of second nature, the inner space model, intentionality, personhood and practical wisdom. The book presents novel discussions on the debates between McDowell and other key philosophers, including Hubert Dreyfus, Robert Brandom, Hans-Georg Gadamer, Donald Davidson, Maurice Merleau-Ponty and Immanuel Kant, amongst others.

Demonstrating a thorough understanding of McDowell's work, Tony Cheng makes connections to both the phenomenological tradition and cognitive sciences to show the wider relevance of McDowell's philosophy. In doing so, he sheds light on how influential McDowell's thought is to the analytic tradition.
Tony Cheng is Associate Professor of Philosophy at the National Chengchi University, Taiwan, where he is also Associate Research Fellow of the Research Center for Mind, Brain and Learning, and Director of the Center for Phenomenology. He also established the Taiwan Intercollegiate Consciousness Society.