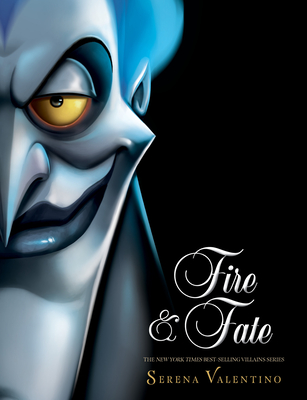 This is book number 10 in the Villains series.

The tenth book in the New York Times bestselling Villains series takes a dive into the Underworld, exploring how Hades turned from god to villain.

The myth has been told for centuries: Brothers Zeus, Poseidon, and Hades waged a years-long war against their father Cronus and his tyrannical Titans. Upon their mighty victory, Zeus split the world into three. For himself, he claimed the Sky and what fell below it. To his brother Poseidon, he assigned dominion over the Sea. And his oldest brother, Hades, would rule the Underworld.

While Hades tries to make the best of a lonely situation, eternity proves a long time to be forced live in a role—a domain—he never wanted. And the part of the story no one tells is that when your family treats you like a villain, it is far too easy to become one.

Years of being ignored and shamed by his family reach a fiery head, when three perfectly alive witches find their way into the land of the dead. Bored and lonely, Hades befriends these mysterious Odd Sisters and makes a bargain that will change the course of fate. But when you’re a god, making a deal has the potential to rewrite more stories than just your own . . .
Serena Valentino is the author of the New York Times best-selling Villains series, and has earned critical acclaim in both the comic and horror domains, where she is known for her unique style of storytelling. She is also the author of Evil Thing: A Villains Graphic Novel, Fairest of All: A Villains Graphic Novel, and the standalone novel Raising the Horseman.