How to Thrive in South Korea: 97 Tips From Expats (Paperback) 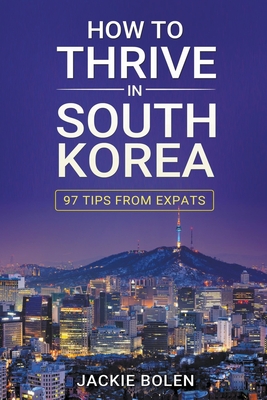 How to Thrive in South Korea: 97 Tips From Expats (Paperback)

Do you want to learn how to make your life in South Korea as awesome as possible?

Then consider picking up this book filled with detailed tips for how to do that. How to Thrive in South Korea is what you need to help you get more awesome in your expat life. It's something that I wish I'd had when I first moved to this amazing country so that I could have gotten just beyond surviving much sooner.

I've lived in my adopted home for a decade and during that time, I've met an astounding number of foreigners who were thriving here while I've also met plenty of them who clearly were only surviving, and just barely in some cases. Some people who've been here a long time still in survival mode, living in tiny apartments, bouncing around from sub-par job to sub-par job and doing nothing to plan for their futures. Conversely, I've met people who, even though they had only been living in Korea for a few months had clearly adapted and were making positive, healthy and sustainable lives for themselves.

How to Thrive in South Korea is a collection of tips from long-term expats who are far beyond surviving and are thriving in Korea. They have a lot of wisdom to share with people who are thinking about coming to Korea, have recently just arrived or perhaps even been around for years but want to pick up a few new tips for making their lives better.

Investing time, money and energy into getting beyond just surviving in South Korea is something that you'll never regret. How to Thrive in South Korea: 97 Tips from Expats will help you get there.