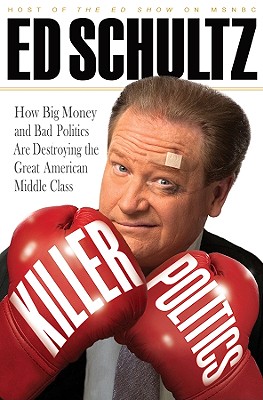 
Special Order—Subject to Availability
The middle class, where the greatness of this nation is rooted, is under siege by an increasingly unethical system, managed by economic vampires who are sucking the lifeblood out of the American family and ripping the heart out of democracy itself. Big money-and the politicians who are swayed by it-play both parties against each other, using this false battle to distract most of us from the real war, which is a war against the American family.

This is it, folks . . . the moment of truth. This will be the moment historians will look back upon and either say it was the moment this great ship of state corrected its course, or the moment it sailed completely away from its democratic ideals.

To succeed, we have to reach back and rediscover our greatness. Progress may not come as fast as we, in our impatience and impertinence, demand. But if we are patient and persistent, it will come.

All good things in life require a heavy lift, so roll up your sleeves. We are not done yet.

In Killer Politics, Ed Schultz pulls the wool back from our eyes, shows us what the state of the middle class really is, and gives us the tools we need to fight back.
Ed Schultz was the first Progressive talker to hit 100 affiliates, both satellite networks and the Armed Forces Radio Network. Schultz has won three Eric Sevareid Awards and has managed and been lead talent for a broadcast team that has won two Marconis and a prestigious Peabody Award. Ed has been named one of the top ten radio hosts in the country by Talkers Magazine in each of the last two years. In 2007 Ed Schultz was nominated Syndicated News/Talk Personality of the year by Radio & Records. Schultz is a graduate of Minnesota State University Moorhead, and he and his wife Wendy have six children.