Chronicles of Avonlea, in Which Anne Shirley of Green Gables and Avonlea Plays Some Part .. (Paperback) 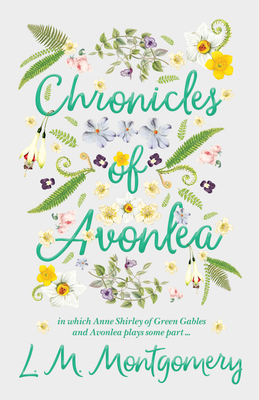 Chronicles of Avonlea, in Which Anne Shirley of Green Gables and Avonlea Plays Some Part .. (Paperback)


Not On Our Shelves—Ships in 1-5 Days
(This book cannot be returned.)
Chronicles of Avonlea' - A collection of short stories set in the sweet and beautiful town of Avonlea, where a certain 'Anne of Green Gables' grew up. In these twelve magical tales we find new characters to get aquainted with and new adventures to thrill us. This early work by Lucy Maud Montgomery was originally published in 1912 and we are now republishing it with a brand new introductory biography. Lucy Maud Montgomery was born on 30th November 1874, New London, in the Canadian province of Prince Edward Island. Her mother, Clara Woolner (Macneil), died before Lucy reached the age of two and so she was raised by her maternal grandparents in a family of wealthy Scottish immigrants. In 1908 Montgomery produced her first full-length novel, titled 'Anne of Green Gables'. It was an instant success, and following it up with several sequels, Montgomery became a regular on the best-seller list and an international household name. Montgomery died in Toronto on 24th April 1942.