How the Other Half Lives (Illustrated Edition) (Dodo Press) (Paperback) 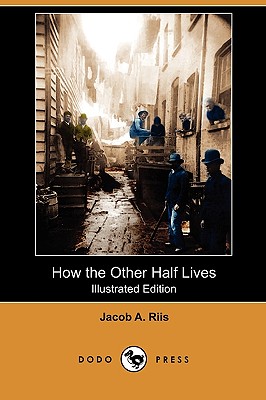 How the Other Half Lives (Illustrated Edition) (Dodo Press) (Paperback)


Not On Our Shelves—Ships in 1-5 Days
(This book cannot be returned.)
Jacob August Riis (1849-1914) was a Danish-American muckraker journalist, photographer, and social reformer. He is known for his dedication to using his photographic and journalistic talents to help the less fortunate in New York City, which was the subject of most of his prolific writings and photographic essays. He helped with the implementation of "model tenements" in New York with the help of humanitarian Lawrence Veiller. As one of the first photographers to use flash, he is considered a pioneer in photography. His works include: How the Other Half Lives (1891), The Children of the Poor (1892), Out of Mulberry Street (1896), A Ten Years' War (1900), The Making of an American (1901), The Battle with the Slum (1902), Children of the Tenements (1902), The Peril and the Preservation of the Home (1903), Theodore Roosevelt: The Citizen (1904), The Old Town (1909), Hero Tales of the Far North (1910) and Neighbors: Life Stories of the Other Half (1914).