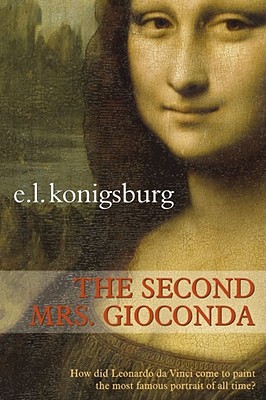 Could the complex ways these three lives intertwine hold the key to a historical riddle as enigmatic as the Mona Lisa's smile -- why Leonardo da Vinci devoted three years to a painting of the second wife of an unimportant merchant when all the nobles of Europe were begging for a portrait by his hand?
Only a master storyteller like two-time Newberry Medal-winner E.L. Konigsburg could create such an intriguing answer to the puzzle behind the most famous painting of all time.
E.L. Konigsburg is the only author to have won the Newbery Medal and a Newbery Honor in the same year. In 1968, From the Mixed-Up Files of Mrs. Basil E. Frankweiler won the Newbery Medal and Jennifer, Hecate, Macbeth, William McKinley, and Me, Elizabeth was named a Newbery Honor Book. Almost thirty years later she won the Newbery Medal once again for The View from Saturday. Among her other acclaimed books are Silent to the Bone, The Outcasts of 19 Schuyler Place, and The Mysterious Edge of the Heroic World.