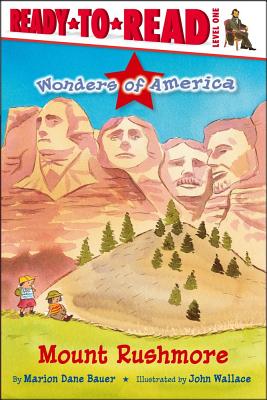 
Not On Our Shelves—Ships in 1-5 Days
Mount Rushmore is the most visited place in the United States. Learn the story about how this wonder of America was made.
Marion Dane Bauer is the author of many books for young readers, including the Newbery Honor book On My Honor and the Coretta Scott King Book Illustrator Award winner The Stuff of Stars. She lives in St. Paul, Minnesota, and can be reached at MarionDaneBauer.com.

John Wallace’s formal training was not in illustration, but rather theology, which he received at Cambridge University. However, he always loved drawing, and one of his early jobs was as a newspaper cartoonist. In his children’s books illustrations, John is particularly inspired by what he calls “the gooniness” of young school children. John and his family divide their time between Brighton, England, and Long Island, New York.