Somebody, Please Tell Me Who I Am (Paperback) 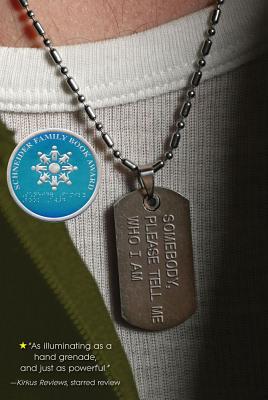 Somebody, Please Tell Me Who I Am (Paperback)


Special Order—Subject to Availability
A teen soldier returns home from Iraq forever changed in this poignant and pivotal novel that Kirkus Reviews calls “as illuminating as a hand grenade, and just as powerful.”

Ben lives a charmed life—effortlessly landing the lead in the high school musical, dating the prettiest girl in school. When he decides to enlist in the army after 9/11, no one thinks he’ll be in real danger. But his decision has devastating consequences: His convoy gets caught in an explosion, and Ben ends up in a coma for two months. When he wakes up, he doesn’t know where he is—or remember anything about his old life. His family and friends mourn what they see as a loss, but Ben perseveres. And as he triumphs, readers will relate to this timely novel that pairs the action and adventure of the best war stories with the emotional elements of struggle and transformation.
Harry Mazer is the author of many books for young readers, including Please, Somebody Tell Me Who I Am; My Brother Abe; the Boy at War trilogy; The Wild Kid; The Dog in the Freezer; The Island Keeper; and Snow Bound. His books have won numerous honors, including a Horn Book honor and an American Library Association Best Book for Young Adults citation. Along with his wife, Norma Fox Mazer, Harry received an ALAN award in 2003 for outstanding contribution to adolescent literature. He lives in Montpelier, Vermont.

Peter Lerangis is the author of many books for young readers, including wtf, Smiler’s Bones, the Watchers series, The Sword Thief, and the New York Times bestselling 39 Clues series. Peter lives with his wife and two sons in New York City. Visit him at PeterLerangis.com.

* "The tight focus on one soldier does not oversimplify but rather captures the human drama in the personal...The book's power is in the honesty and hope conveyed. As illuminating as a hand grenade, and just as powerful."--Kirkus Reviews, starred review

"Provides a moving portrait of a young soldier’s sacrifice and struggle. With realistic dialogue, relatable characters, and subject matter relevant to teens, this book is a worthwhile addition to library collections."--VOYA


"Mazer and Lerangis use strong characters and storytelling to explore the slow and painful recovery of an injured teenage soldier...the journey is powerful and worthwhile."--Publishers Weekly

"An easy read about a difficult and important subject, with realistic characters whose depth is implied more than explained. Although the reader may despair at the tragic turn of a young man so full of promise, the ending offers a glimpse of light at the end of what will be a long, dark tunnel."--Booklist

"This is one of the best books I have read recently...the story of struggle, recovery, and relationships; of love, perseverance, and overcoming astronomical odds."--Library Media Connection


"Somebody, Please Tell Me Who I Am tells a bold war story without being overtly political or taking sides; as such it’s a great choice for discussion groups. It’s also an exciting, intelligent, fast-paced read that should appeal to both avid and reluctant readers, providing gripping action and food for thought."--BookPage

"Its accessibility and directness may help readers understand how many things aren’t over just because a war ends."--Bulletin of the Center for Children's Books

"Has the power of prose distilled into its purest essence. An easy-to-read war novel that respects its readers and challenges them to understand the true consequences of war."--The Horn Book