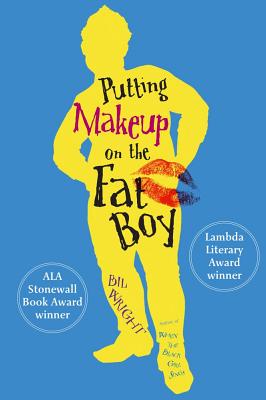 By Bil Wright
List Price: $12.99
Our Price: $11.99
(Save: $1.00 8%)
In Stock—Click for Locations
In this spirited exploration of strength and personality, a fabulous NYC teen knows he’s destined for greatness—if only he can survive his first job.

Carlos Duarte knows that he’s fabulous. He’s got a better sense of style than half the fashionistas in New York City, and he can definitely apply makeup like nobody’s business. He may only be in high school, but when he lands the job of his dreams—makeup artist at the FeatureFace counter in Macy’s—he's sure that he’s finally on his way to great things.
But the makeup artist world is competitive and cutthroat, and for Carlos to reach his dreams, he'll have to believe in himself more than ever.
Bil Wright is an award-winning novelist and playwright. His novels include Putting Makeup on the Fat Boy (Lambda Literary Award and American Library Association Stonewall Book Award), the highly acclaimed When the Black Girl Sings (Junior Library Guild selection), and the critically acclaimed Sunday You Learn How to Box. His plays include Bloodsummer Rituals, based on the life of poet Audre Lorde (Jerome Fellowship), and Leave Me a Message (San Diego Human Rights Festival premiere). He is the Librettist for This One Girl’s Story (GLAAD nominee) and the winner of a LAMI (La Mama Playwriting Award). An associate professor of English at CUNY, Bil Wright lives in New York City. Visit him at BilWright.com.

"Wright gives voice, complexity, and heart to the kind of character often relegated to a cliché sidekick role...[Carlos is] a walking example of the inner strength teens need--regardless of their sexuality."

"Readers will simultaneously root for and marvel at this fascinating character."--School Library Journal

"There's a whole lot going on in Wright’s novel, but it’s handled deftly and, for the most part, believably. Best of all, Carlos is not completely defined by his homosexuality. It is an important part of him, yes, but so are his ambition, his concern for his sister, and his capacity for friendship."--Booklist

"A fast-paced and humorous chick-lit read, Carlos is sure of himself and yet willing to acknowledge when he makes mistakes. His loyalty to friends and family and grace under pressure come through as he overcomes stereotyping to achieve his goal."--Library Media Connection