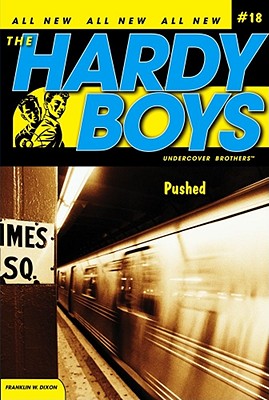 Investigate the murder of Evan Davis, a runaway teen who was pushed off a subway platform.

Other teens living at the Haven, a shelter for runaways in the city.

Everyone from another resident of the shelter who ended up with Evan's jacket to Evan's own dad, a politician who wanted to keep his son a secret.

THIS MISSION REQUIRES YOUR IMMEDIATE ATTENTION. THIS MESSAGE WILL BE ERASED IN FIVE SECONDS.
Franklin W. Dixon is the author of the ever-popular Hardy Boys books.