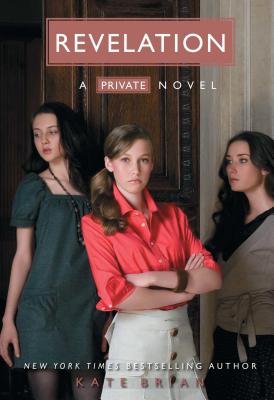 By Kate Brian, Julian Peploe (From an idea by), Andrea C. Uva (Designed by)

This is book number 8 in the Private series.


The biggest mystery of all...and Reed is dying to learn the truth.

Two months after Cheyenne Martin was found dead in her Billings House dorm room, exclusive Easton Academy is rocked by another stunning revelation: Cheyenne was murdered. No one knows who the killer is, but everyone agrees that Reed Brennan, who took over Cheyenne's role as Billings's president, gained the most from her death. Once the most powerful girl on campus, Reed is now powerless to stop her classmates' accusing whispers. Rumors begin to swirl that she killed Cheyenne.

And just like that, Reed is kicked out of Billings.

She's lost everything -- her friends, her home, her boyfriend -- and Reed knows the only way to get it all back is to figure out who really murdered Cheyenne. And she has to do it fast because the killer is still out there. The more Reed investigates, the more she uncovers. And as any Billings Girl knows...secrets can be deadly.
Kate Brian is the author of the NY Times and USA Today best-selling Private series and it's spin-off series, Privilege. She has also written many other books for teens including Sweet 16 and Megan Meade's Guide to the McGowan Boys.