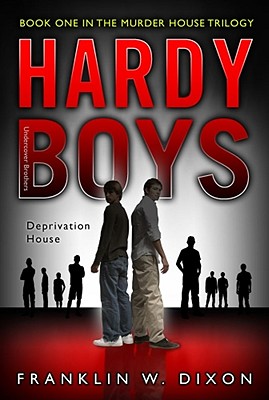 MISSION: To join the cast of a new reality show called Deprivation House - featuring a group of teens competing to see who can survive the longest without modern luxuries - and to determine who's behind the death threats received by other contestants.

POTENTIAL VICTIMS: All the contestants and crew of the show.

SUSPECTS: The show's million-dollar prize offers strong motivation to each contestant, and some members of the crew are hiding big secrets.
Franklin W. Dixon is the author of the ever-popular Hardy Boys books.