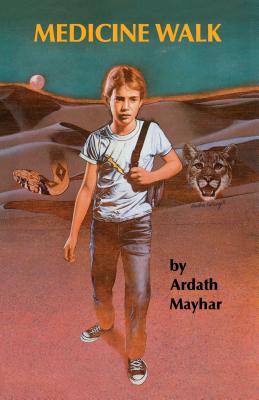 
Not On Our Shelves—Ships in 1-5 Days
After his father dies from a heart attack after landing their small plane, a young boy is left to fend for himself as he treks through the summer desert back to civilization.

As his father piloted the small plane on the short trip to Grandfather’s house, Burr couldn’t help but suggest a quick stop to his father. Why not fly over the Petrified Forest? There would be plenty of time.

But after landing their plane in a desert draw, Burr’s father has a heart attack and dies, leaving him to fend for survival on his own. With little food and water and no one that knows where to look for him, Burr must travel alone through forty miles of the summer desert to escape his worst nightmare.
Ardath Frances Hurst Mayhar was a writer and poet. Mayhar wrote over 60 books ranging from science fiction to horror to young adult to historical to westerns.