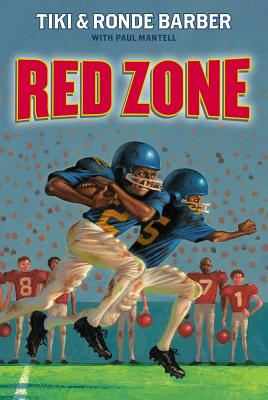 
Not On Our Shelves—Ships in 1-5 Days
The Hidden Valley Eagles have the championship in sight—but will chicken pox get in the way?

The Hidden Valley Eagles are on track to make the playoffs. Full of focus and determination, every player is at his best, and the team is working better together than ever before. But when a bout of chicken pox threatens to overtake the team, will their playoff dreams disappear?
Tiki Barber is a record-holding retired running back for the New York Giants. He married and is the father of four children.

Ronde Barber is a record-holding cornerback who retired after fifteen seasons with the Tampa Bay Buccaneers. He is one of only two cornerbacks selected to the Pro Bowl five times. He is married with two daughters.

Paul Mantell is the author of more than 100 books for young readers, including books in the Hardy Boys and Matt Christopher series.