If I Grow Up (Paperback) 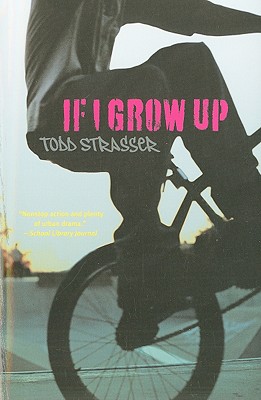 If I Grow Up (Paperback)


Backordered
In a gripping novel with a plot pulled from the headlines, Todd Strasser turns his attention to gang life in the inner-city projects. DeShawn is a teenager growing up in the projects. Most of his friends only see one choice: join up to a gang. DeShawn is smart enough to want to stay in school and make something more of himself, but when his family is starving while his friends have fancy bling and new sneakers, DeShawn is forced to decide--is his integrity more important than feeding his family?
Todd Strasser has written many critically acclaimed novels for adults, teenagers, and children, including the award-winning Can’t Get There from Here, Give a Boy a Gun, Boot Camp, If I Grow Up, Famous, and How I Created My Perfect Prom Date, which became the Fox feature film Drive Me Crazy. Todd lives in a suburb of New York and speaks frequently at schools. Visit him at ToddStrasser.com.