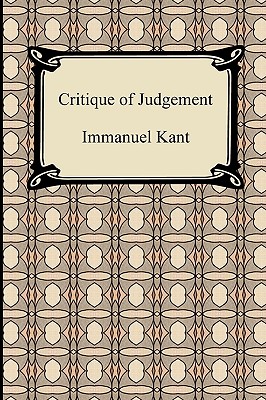 
Not On Our Shelves—Ships in 1-5 Days
(This book cannot be returned.)
German philosopher and significant 18th century late Enlightenment thinker Immanuel Kant wrote "Critique of Judgment" in 1790 to solidify his ideas on aesthetics. Divided into two sections, one on aesthetic judgment and the other on teleological judgment, "Critique" proceeds to analyze the human experience of the beautiful and the sublime. From the effect of art and nature to the role of imagination, from objectivity of taste to the limits of representation, Kant investigates a myriad of factors that determine aesthetics. He continues with the connection of aesthetic with morality, disinterestedness, and originality, and consistently bears in mind the interests of reason in his writing. Kant ultimately had a profound impact on the artists, authors, and other philosophers of both the classical and romantic periods, establishing in "Critique" a milestone in critical theory and philosophy.