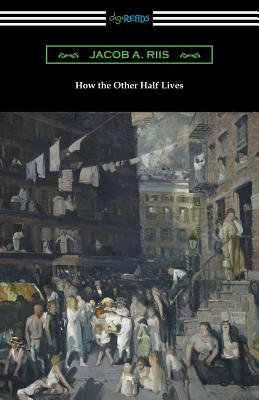 A classic early example of "muck-racking" journalism, or reporting by reform-minded American journalists who attacked established institutions and leaders as corrupt, "How the Other Half Lives" is a chronicle of the conditions of abject poverty that the residents of the slums of New York endured at the end of the 19th century. Danish immigrant Jacob A. Riis saw first-hand the horrible conditions of the Lower East Side of Manhattan following his immigration to the United States. A poor itinerant carpenter by trade, Riis would first begin documenting the filthy disease-ridden tenements of New York while working as a police reporter for the "New York Tribune". "How the Other Half Lives" would first be published as an eighteen page article in the Christmas 1889 edition of "Scribner's Magazine". In the following year it would be expanded into a book of the same name. This book would shed a light on the housing conditions of the working-class and help to bring about much needed reforms. Presented here is a reproduction of that original 1890 edition with the numerous illustrations included in that volume. This edition is printed on premium acid-free paper.