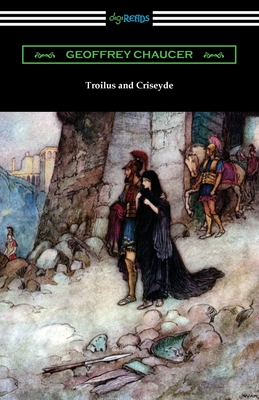 Geoffrey Chaucer was born in London sometime in the 1340s. The son of a vintner, it is believed that Chaucer came from a fairly well to do family, which enabled him as a young man to come into the service of the Countess of Ulster as the noblewoman's page, a common form of apprenticeship in medieval times. Eventually, it is believed, Chaucer would study law and this most likely afforded him the opportunity to become a member of the royal court of Edward III. In the service of the king he would have many duties taking him all over continental Europe. The wealth of knowledge Chaucer gained from these experiences most surely enabled him to become what most literary critics consider as the greatest English poet of the Middle Ages. Best known for his sweeping and monumental work "The Canterbury Tales", Chaucer also wrote numerous lesser known works of poetry. Chief among these is "Troilus and Criseyde". A retelling of the tragic love story of Trolius, the youngest son of King Priam, and his lover Criseyde, set against the backdrop of the Trojan War. "Troilus and Criseyde" is considered by some scholars as the poet's greatest work because, unlike "The Canterbury Tales", it is a complete and self-contained piece of epic poetry. Presented here is an extensively annotated edition that will be a welcome addition to the library of any reader. This edition is printed on premium acid-free paper.