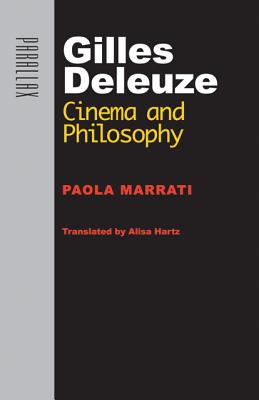 In recent years, the recognition of Gilles Deleuze as one of the major philosophers of the twentieth century has heightened attention to his brilliant and complex writings on film. What is the place of Cinema 1 and Cinema 2 in the corpus of his philosophy? How and why does Deleuze consider cinema as a singular object of philosophical attention, a specific mode of thought? How does his philosophy of film combine and further his approaches to time, movement, and perception, and how does it produce an escape from subjectivity and a plunge into the immanence of images? How does it recode and utilize Henri Bergson's thought and Andr Bazin's film theory? What does it tell us about perceiving a world in images--indeed about our relation to the world?

These are the central questions addressed in Paola Marrati's powerful and clear elucidation of Deleuze's philosophy of film. Humanities, film studies, and social science scholars will find this book a valuable contribution to the philosophical literature on cinema and its pertinence in contemporary life.

Paola Marrati is a professor of humanities and philosophy at the Johns Hopkins University.