The Reason, the Understanding, and Time (Paperback) 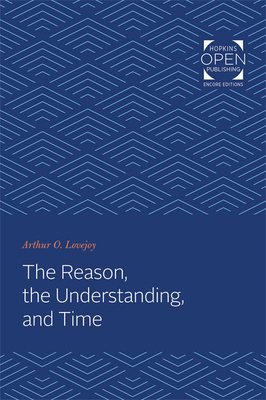 The Reason, the Understanding, and Time (Paperback)

Originally published in 1961. The Reason, the Understanding, and Time is concerned with the history of the conceptions of reason, ego, time, and other related concepts that enjoyed a great vogue and influence in German philosophy in the last decades of the eighteenth century and the early decades of the nineteenth century. Kant's influence on and relevance to the development of later German epistemology is traced, as is the impact of those ideas on the Transcendentalist movements in England and America as represented by Coleridge, Carlyle, and Emerson. The significance of Jacobi's philosophy, hitherto not fully appreciated by historians, is demonstrated as well as the contribution of the young Schelling. By examining Bergson's letters, Lovejoy throws new light on Bergson's concept of time. Lovejoy's philosophical interpretation is a model of penetrating insight and helpful criticism.

Arthur Oncken Lovejoy was an American philosopher and intellectual historian. He is known for founding the discipline of the history of ideas by publishing its flagship text, The Great Chain of Being.